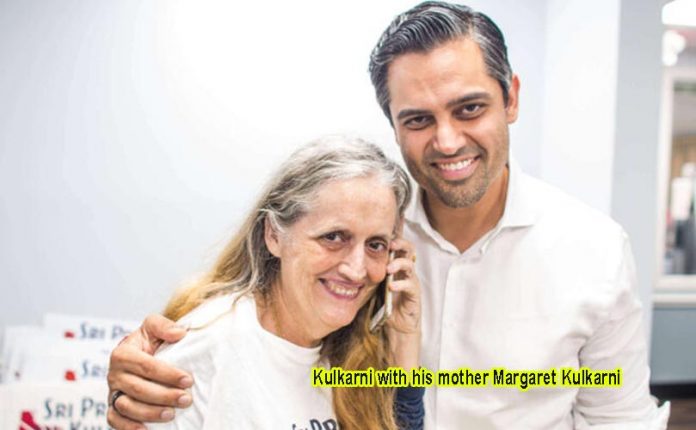 Former presidential candidate Beto O’Rourke just sent out a last minute appeal to Texans to support three Democratic congressional candidates, whom he termed “a group of young progressive leaders who will fight for the values we all share.”
Among them is Sri Preston Kulkarni, running from TX-22 against a Republican candidate, Sheriff Troy Nehls.

Many Democratic voters in the district seem to agree with Beto and see Sri as a charismatic and promising candidate who will not only meet their needs, but will ably defend American values.

But many Indian Americans, especially Muslims, are also deeply troubled by Sri’s refusal to take a public stand on the rapid erosion of similar values in India under the Prime Minister Narendra Modi government.

By all accounts, the world’s largest democracy is spiralling out of control into a Hindu majoritarian state, teetering towards fascism. Almost all the pillars of democracy have either been decimated or co-opted by the ruling class.People are being arrested every dayon ludicrous charges of conspiracy to cause riots, when they were merely exercizing their right to protest discriminatory government policies.

Over 200 million Muslims are facing an existential threat, with the looming new citizenship laws that tell Muslims — and only Muslims — that the burden is on them to prove their citizenship. Failing which, they could become stateless in their own land of birth and ancestry, as it has already come to pass in thestate of Assam.

So why should Sri, born in America, with his commitment to serve the needs of all his constituents, be held accountable to what is happening on the other side of the world? Why should he be held to a different standard than his opponent Sheriff Troy?

Why should Sri, born in America, with his commitment to serve the needs of all his constituents, be held accountable to what is happening on the other side of the world?

Here’s the thing:
UnlikeSheriff Troy Nehls, who may be excused for not bringing India into his campaign, Sri is not a distant or neutral observer of India. In fact, the Indian American community is central to Sri’s prospects of getting elected and he has been playing up his close connections with India in his campaign.

Sadly, he has alsoadmitted on camerathat his campaign was imagined and made possible by some of the top leaders of Hindu nationalists organizations in the U.S. Some of those leaders have very close connections with Prime Minister Modi’s Bharatiya Janata Party (BJP) and its ideological motherhouse, the Rashtriya Swayamsewak Sangh (RSS), which are directly responsible for the current crisis of confidence in Indian Democracy.

One such organization whose adherents are propping up Sri is theOverseas Friends of the BJP(OFBJP), which was recently forced to register as a foreign agent. While the details are still murky, it points to the real possibility that Hindu nationalists from India and elsewhere have been attempting to fund and influence U.S. elections such as Sri’s, a prospect that our government must take very seriously.

I was recently honored to be invited by some of the constituents of TX-22 to co-moderate avirtual town hall, with invitations to both the top candidates to answer their questions.

Sheriff Troy Nehlsshowed up and answered several uncomfortable questions about his alleged Islamophobic comments in the past and his support for President Trump. He sounded gracious and seemed honest in his responses.
But he also declined to get into questions about the alleged sources of Sri’s funding. On the matter of India’s Citizenship Amendment Act (CAA), which could directly affect friends and families of his Indian Muslim constituents, he was honest enough to say that he knows very little about the subject, but he is willing to learn.

Sri did not show up for a similar Q&A from his troubled constituents. Instead, his handlers proposed that they would like to hear Sheriff Troy’s comments first and then make up their minds whether to participate or not.
Understandably, the organizers declined the offer.

We are just days away from the elections, and I don’t envy the Indian American voters in TX-22, who are faced with a Hobson’s Choice:
Do they stick to their traditional support for Democrats and vote for Sri despite his silence about the troubling events in India, which could one day hurt their own families?

Or, do they break with tradition and vote for a Republican, who has promised to pay close attention to their needs, notwithstanding the fact that he has been a supporter of President Trump?

Or, do they abstain from voting for this office altogether?
I am not from TX-22, yet I do have a personal interest in that race as an Indian American pledged to defend religious and human rights in both India and the U.S.
My fear is that, if elected, Sri will join Rep. Raja Krishnamoorthi as another strong supporter of Modi and RSS in the U.S. Congress. They are both undoubtedly beholden to the Hindutva lobby and are unlikely to support and may even block any effort by the Congress to censure the Indian government, even if things get a lot worse.

Yes, I agree with you that we must all fight for the values we share. But let us not enable those who appear to apply one set of values for America, and apply an opposing set of values for other countries like India.

I would also ask Tom Perez and Nancy Pelosi: Are you not concerned that your party is now home to several Indian American lawmakers who are knowingly supporting a brutal, authoritarian regime in India? Shouldn’t you be reminding them of the Next President Biden’s clarion call that “Silence is complicity”?
Sri may well react with righteous indignation at any suggestion that he is enabling fascism in India, despite incontrovertible evidence of his nexus with Hindu nationalists.

But as an optimist, I am still hoping that he will do the right thing to address the mistrust among a section of Indian American voters by unequivocally condemning the massive human rights violations by the Modi/Shah government and by making a commitment that ifelected, he will fight for the same values for India as he would for America.