Is Lakhimpur Kheri a watershed moment for the BJP in UP?: George Abraham Writes 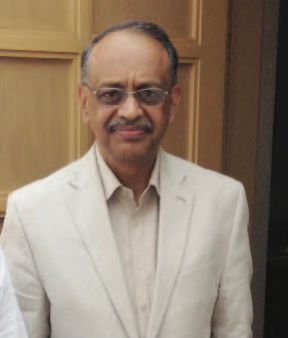 The heinous and barbaric killings of four farmers protesting peacefully in Lakhimpur have again shown the world the slide towards anarchy and lawlessness in Uttar Pradesh, a state ruled by Yogi Adityanath, a hardcore Hindutva leader as its Chief Minister. The resultant revenge killings are also a blot on a democracy based on rule of law where people should not take the law into their own hands.

As seen In video footage on social media, a speeding jeep accompanying other vehicles runs over the farmers from behind appears to be an intentional act to harm the victims. It is alleged that the son of India’s Minister of State for home affairs was involved in this incident, and there are reports of shots being fired during the melee. Angry farmers were then said to have killed the three occupants, BJP workers, of the vehicle that was set ablaze.

What we are witnessing is a total breakdown of the law enforcement mechanism in the State of Uttar Pradesh. The government is yet to arrest Ashish Mishra, the son of the union minister, although an FIR was filed by police themselves while the political leaders who went to empathize with the bereaving families were either arrested or blocked from entering Lakhimpur. The U.P. government detained Priyanka Gandhi Vadra, a General Secretary of the All-India Congress Committee, for more than 24 hours before being arrested. It is indeed a clear violation of the rights of India’s citizens. Section 144 of the law allows restricting the movement of more than four people if there are valid reasons. However, the illegal detention and arrests point to authorities who lack any respect for the laws of the land or the constitutional rights of its citizens.

In addition, the union minister of State Ajay Kumar Mishra continues to serve in the ministry at the pleasure of Prime Minister Modi despite his deep involvement with his son in this nefarious scheme to teach the protesting farmers a lesson. A purported video of Union Minister of State for Home in which he is heard telling farmers that he would discipline them in two minutes appears to have upset the farmers before the violent incident. “Face me, it will take just two minutes to discipline you fellows,” the two-time BJP MP from Kheri is heard purportedly saying on social media.

Haryana Chief Minister Manohar Lal Khattar also made a controversial remark recently that encouraged violence while speaking at a farmers’ event in the State. He called upon 1000 volunteers from different regions to pick up sticks and fight “furious farmers.” This has become a pattern of BJP governance where various leaders of their party often make highly provocative and reprehensible statements that result in violence and lives lost. It is a shame that the Modi government that raises FIR against innocuous statements by ordinary citizens appears indifferent to eschewing their cadre’s own inflammatory comments.

In addition, the internet is cut in the area to prevent people from communicating with each other. Now the government becomes the judge of what the people should listen to. In a democracy, these political leaders are supposed to serve the people. However, they have become the overlords now deciding and deciphering what is in our best interest, what news we should watch, and what messages we should read.

There is no doubt that the Lakhimpur violence marked an escalation in continuing protests of the farm laws that the farmers say would affect their livelihoods. The government shows no urgency in resuming dialogue, although over 600 farmers lost their lives during this ten-month-old protest that some characterized as the longest and biggest in history. It is a shame that a democratic government shows a total disregard to the aspirations of India’s farmers, and 85 percent of them are small and marginal.

This ongoing pandemic has been devastating to the Indian economy. However, the country averted mass starvation only because the government’s granaries (Food corporation of India) were overloaded, and the poor and downtrodden were the big beneficiaries of the generous food distribution. Now that the collection and storage under the current fam laws will be handed over to a bunch of crony capitalists, a future crisis may bring unintended but inevitable consequences for the people of India.

Throughout history, voices of the people, the poor and the powerless, have been crushed under the wheels of the State, and their protests were being shut down. However, every time, it would only embolden the masses, and for the U.P. government under Yogi Adityanath, Lakhimpur Kheri may be a watershed moment to face an awakened voter in the not-so-distant future.